History in Action: Russia and Revolution

This illuminating and highly informative day will feature a stimulating series of talks delivered by world-class historians. Guaranteed to inform and enthuse, the presentations will focus on the period 1894–1964, journeying from the end of Romanov rule, through the Revolutions and Communist government under Lenin and arriving in the Stalinist era.

An examination session providing first-hand guidance and insights to help boost students’ confidence and grades will be delivered by Dr Robin Bunce of Homerton College, Cambridge, who will also chair the day.

The Collapse of the Romanov Dynasty: The Russian Empire in the Reign of Nicholas II Daniel Beer, Royal Holloway, University of London

In this talk, Daniel Beer will examine the autocracy’s failure to meet the challenges of modernisation and to adapt to the rise of mass politics. He will show how the revolutionary movement in 1905 was only contained but never defeated. Daniel will also explore how the First World War sealed the fate of the Tsarist regime. 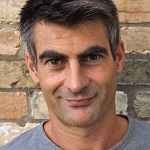 Daniel is Reader in Modern European History at Royal Holloway. His most recent book, The House of the Dead: Siberian Exile Under the Tsars, won the 2017 Cundill History Prize. He is currently writing a new book about the assassination of Alexander II.

Richard Sakwa explores the decade of rule between Stalin’s death in March 1953 and Khrushchev’s ouster in October 1964, when he grappled with Lenin and Stalin’s legacies, and sought to transform the Soviet Union into a dynamic, modernising society. 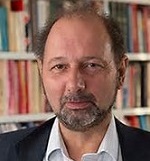 Richard Sakwa is Professor of Russian and European Politics at the University of Kent at Canterbury, a Senior Research Fellow at the National Research University-Higher School of Economics in Moscow and an Honorary Professor in the Faculty of Political Science at Moscow State University. After graduating in History from the London School of Economics, he took a PhD from the Centre for Russian and East European Studies (CREES) at the University of Birmingham. He held lectureships at the Universities of Essex and California, Santa Cruz, before joining the University of Kent in 1987. He has published widely on Soviet, Russian and post-communist affairs. Recent books include Putin Redux: Power and Contradiction in Contemporary Russia (London and New York, Routledge, 2014), Frontline Ukraine: Crisis in the Borderlands (London, I. B. Tauris, 2016), Russia against the Rest: The Post-Cold War Crisis of World Order (Cambridge University Press, 2017) and Russia’s Futures (Cambridge, Polity, 2019). His latest book is The Putin Paradox, published by I. B. Tauris (Bloomsbury) in 2020. His book Deception: Russiagate and the New Cold War is due out with Lexington Books by the end of 2021. He is currently working on The Lost Peace: The Second Cold War and the Making of a New Global Conflict for Yale University Press.

Revolution, Civil War and the rise of Communism Robert Service, University of Oxford

Revolution in Russia in 1917 changed the course of twentieth-century history. This talk will explore this revolutionary period and deal with a range of important questions. Why did the Bolsheviks seize power? How much did their ideas contribute to their use of terror? What part did the Western powers play in enabling the Bolsheviks to survive? Were the Bolsheviks simply another variant of Russian autocracy? What was the importance of individuals such as Lenin, Trotsky and Stalin?

Robert Service is Emeritus Professor of Russian History at St Anthony’s College, University of Oxford. His research interests cover Russian history from the late 19th century to the present day, with a particular focus on the period from the October Revolution to Stalin’s death. He has published widely, including biographies of Lenin, Stalin and Trotsky.

Was Stalin a Revolutionary? Christopher Read, University of Warwick 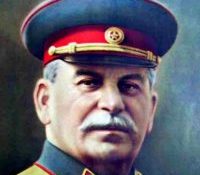 Professor Read will examine the question of what motivated Stalin in his transformation of the USSR. The nature of the political, economic, social and cultural revolutions will be considered. The international context will also be taken into account as a key element. 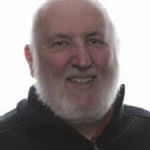 Christopher Read is Professor of Modern European History at the University of Warwick, specialising in twentieth century Russian history. He has published widely and his most recent book is Stalin: From the Caucasus to the Kremlin.

Sounds of February, Smells of October: The Sensory History of the Russian Revolution Jan Plamper, University of Limerick

The events of the Russian Revolution are well known, but how did people experience this cataclysm on the ground? What role did the senses play, how did the revolution smell, what did it sound like? Professor Plamper explores the revolutionary experience from a new angle – sensory history – that is becoming popular among professional historians. 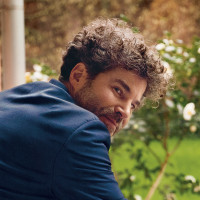 Jan Plamper is Professor of History at the University of Limerick.  His research focuses on 19th and 20th century Russia, the history of emotions and the senses and migration. His many publications include the books The Stalin Cult: A Study in the Alchemy of Power and The History of Emotions: An Introduction.