This inspirational and informative programme will appeal to all A-level and IB Geography students studying or about to study globalisation, exploration and the carbon and water cycles. Geography in Action features five informative and engaging sessions in which leading geographers will extend students’ knowledge.

What does the world look like when you map it using data? Danny Dorling invites us to see the world anew with seven beautiful and unfamiliar world maps that examine a wonderful range of geographical topics from globalisation to connectivity.

Danny Dorling is Halford Mackinder Professor of Geography at Oxford University, he has co-authored dozens of books and journals on social inequalities. His work concerns housing, health, employment, education and poverty.

For nearly a thousand years, No Man’s Lands have been in existence. They contain the devastating marks of conflict and environmental catastrophe, but also natural revival and human perseverance.  Alasdair will take students back to the trenches of WW1, the desert territory of Bir Tawil, and the jungles of Colombia to explore war, conflict, diplomatic failures and the cracks that exist between borders. 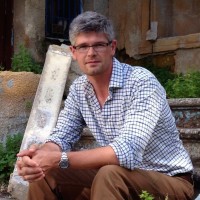 Alasdair is a political geographer.  He appears frequently in the UK and international media on issues related to global geopolitics, including the Falkland Islands, Gibraltar and the UK’s Overseas Territories.

Interest in urban greening is at an all-time high. We are increasingly seeing more rooftop gardens, green walls and even urban farms in our cityscapes. Mike will take students on a journey to explore these radical greening schemes, from Europe to Africa, North America and beyond. 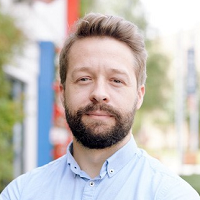 Mike is Senior Lecturer in Urban Geography at the University of Salford and leads undergraduate programmes in Geography, Environmental Management and Archaeology. He is also the lead for the research hub on Care and Urban Farming at Salford.