Join us for the ultimate science enrichment day for KS4 students! Five interactive and highly engaging sessions will inspire and challenge your students. There will be demonstrations and audience participation, and students will discover the wonder of science in our specially designed programme, delivered by the leading lights in the field. A session on examination success will equip students with the tools to succeed. This is Science in Action!

The human guinea pig: Inside the NHS… and Tom! Tom Warrender, Medical Mavericks

Meet Tom the human guinea pig who has visited dozens of health professionals to discover the amazing careers you can get into with 5 GCSEs at levels 9-4! Oh… and he’ll perform some medical demos live on stage! 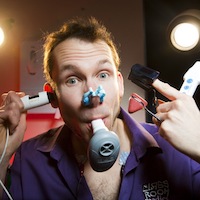 Tom Warrender is famous for putting himself through real full blown medical procedures in hospitals & schools to inspire the next generation of health professionals.

Ever since our species first evolved, we have been tinkering with nature and altering the course of evolution. Now we share our planet with genetically modified wolves, pizzly bears and cloned polo ponies. Join Helen as she explores the legacy created by this evolutionary mischief-making and explores how humans are changing life on Earth. 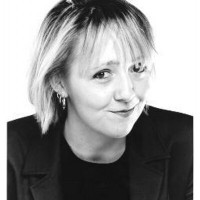 Dr Helen Pilcher is a tea-drinking, biscuit-nibbling science and comedy writer and author of ‘Bring Back the King: the Science of De-extinction’.

As beautiful as the Earth’s northern and southern lights are, they can’t compete with Jupiter’s. Its aurorae dwarf our planet’s in every way and span almost every part of the electromagnetic spectrum. But what can Jupiter’s aurorae teach us about the Sun and what do they have to do with alien worlds and black holes? 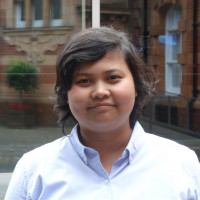 Affelia Wibisono is a Space Physicist and Science Communicator. During their PhD, they used observations by space telescopes, such as XMM-Newton, the Hubble Space Telescope, and the Juno spacecraft to investigate how and why Jupiter produces intense X-ray northern and southern lights. Their vast science communication portfolio includes writing for NASA, performing at the Cheltenham Science Festival and giving TV interviews for BBC News and Sky News. Over the last 10 years, Affelia has worked with several science centres to educate, engage, and enthuse everyone in science from toddlers to grandparents to school groups.